Where to Drink in Italy: Nottingham Forest, molecular mixology in Milan 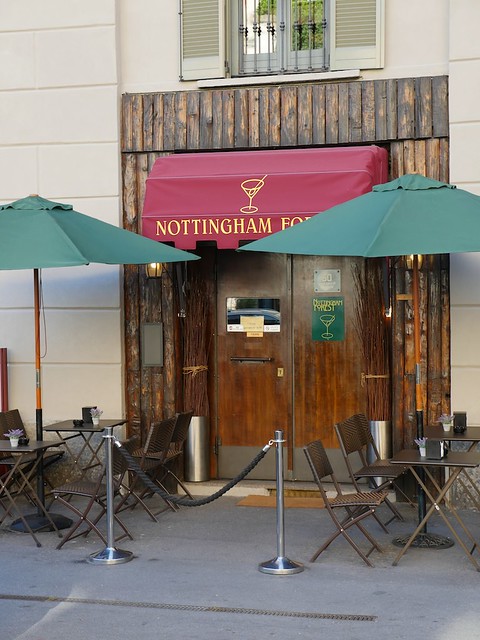 At a certain point, all cocktail bars start to look (and feel... and taste) alike. Whether you're in London, Paris, Copenhagen, or San Francisco, you can rest assured that there will be a solid array of well-executed classics and a relaxed ambiance. Sure, it's good, but routine.

That's why I didn't expect much from Nottingham Forest, widely hailed as the best cocktail bar in Milan. That is also why I was totally unprepared for the mad molecular mixology taking place there.

The bar describes itself as "a mercurial oasis where you can hear the echo of the world." A place where "Water can become foam, foam becomes air and air can turn into smoke." It seems dramatic until smoking drinks emerge from behind the bar. And then you notice what else is back there. There are all sorts of contraptions and gadgets. That's when you realize that Nottingham Forest is not your usual cocktail bar. 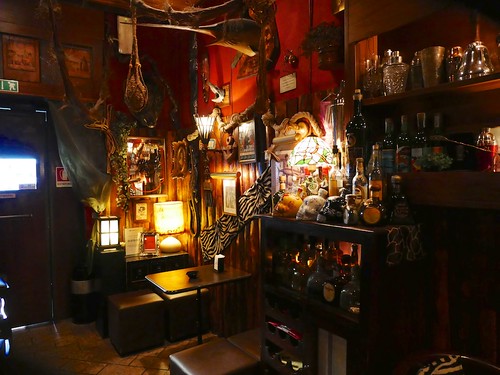 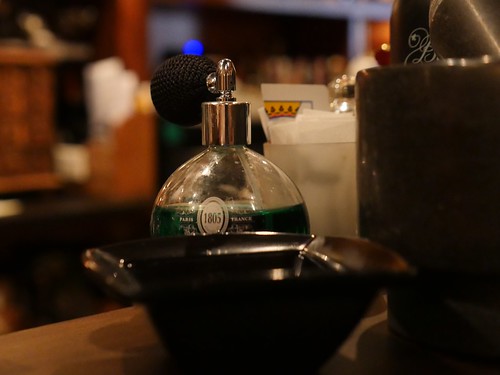 Walking in, I was reminded a bit of Smuggler's Cove. Nottingham Forest took the British Empire/Robin Hood/Pirate theme very seriously. The bar is wall-to-wall rum and gin. The decor was chaotic, to put it mildly. There were imperial-themed objects packed into shelves, cases, and on every inch of wall space. The bar allows customers to peek through a lower level of gadgets and an upper level of booze at their bartender, who is nevertheless obscured by bottles, tubes, and sometimes smoke. Seating is relaxed but hard to come by. 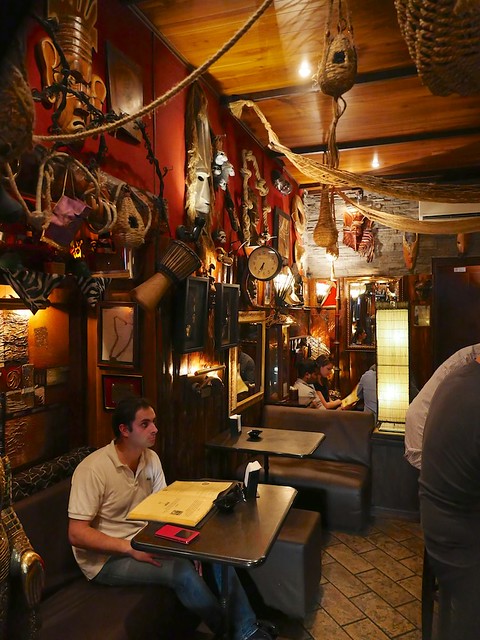 The cliental is more varied than such a bar would be stateside. An older couple arrived at the same time we did, pounded four molecular cocktails by the time we finished our first round, and rolled out. There were a few ex-pats and a good number of young and hip Milan residents making the Forest their first stop. 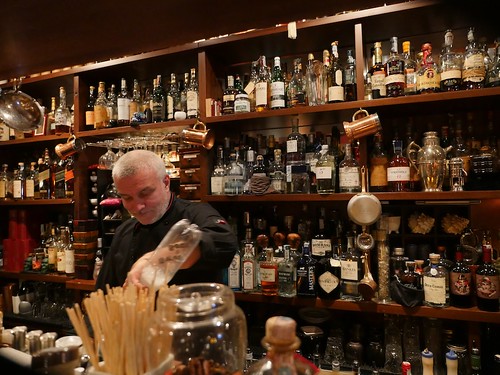 The menu is voluminous, and it's extraordinarily confusing in English. It's not Italian custom to ask for recommendations blindly, so forget about asking for the bartender's favorite or his recommendation. Since this was literally our first cocktail experience in Italy, Noelle and I were a bit taken aback when the bartender refused to give a straightforward recommendation. So, we turned back to the confusing menu. Here's what we were dealing with: 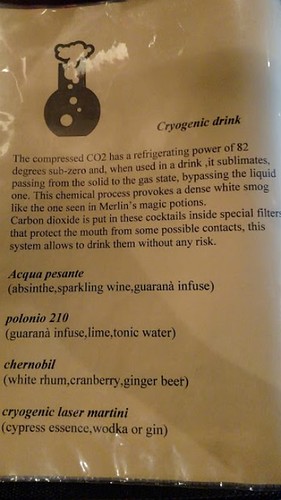 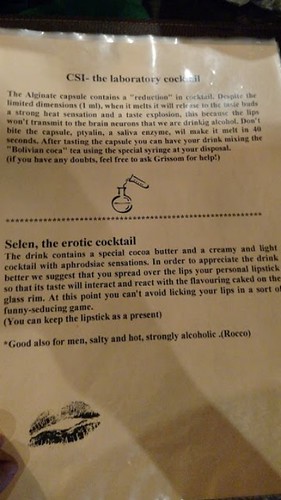 Seriously. Candy caviar? Test tubes? And what the heck is sferification [spherification]? So, we picked two things that seemed the easiest to get into: a negroni-type thing and a martini-eque cocktail. 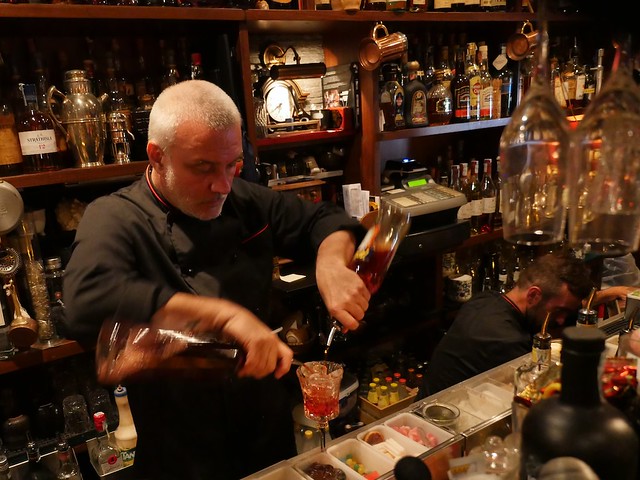 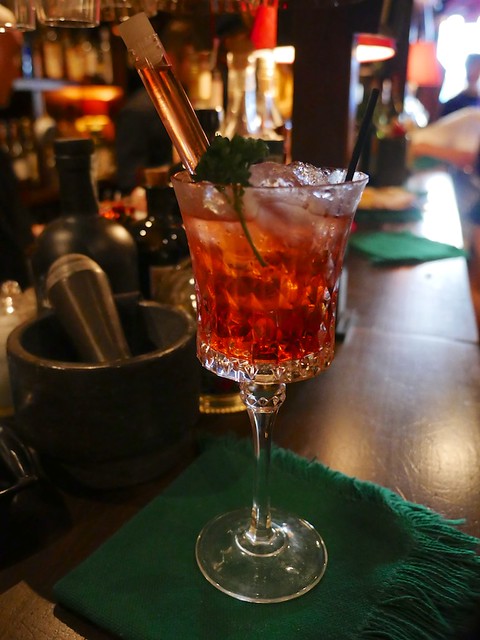 The negroni cocktail was actually two different drinks, one of which came in a test tube. The negroni was fairly straightforward, but the test tube drink was a kind of peach vodka mixture. The two could be sipped separately or mixed together. I tried both. On its own, the test tube was a bit sweet for my taste, but when it was mixed with the negroni I was impressed with how well peach mixed with the drink. 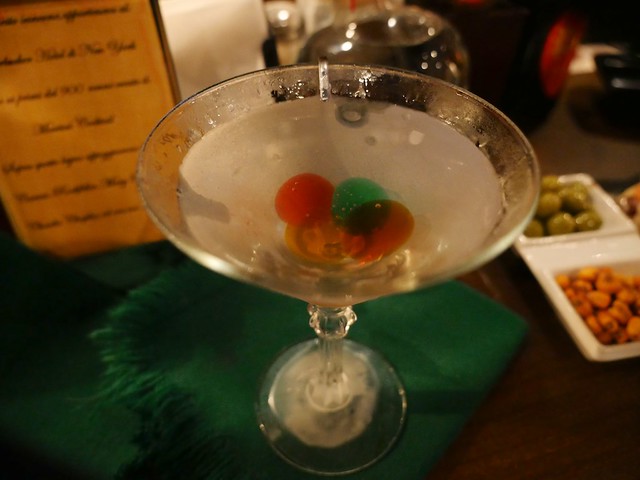 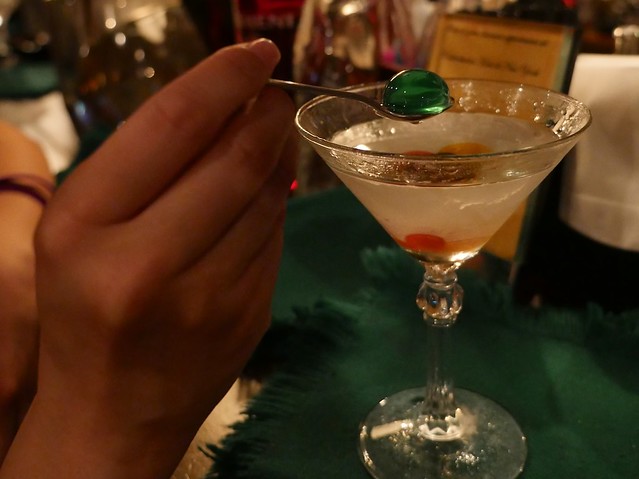 The martini thing was neat in concept, but I'm sad to say the drink itself tasted like rubbing alcohol with a heavy dose of everclear. Candy caviar, as it turns out, is an almost liquid jelly, encased in a thin film. The moment you bite into the sphere, it bursts. Each caviar was flavored either of anise (probably absinthe or pastis) or Campari. If you burst a sphere in your mouth along with some liquor, the drink was better, but still far too boozy to be enjoyable.

After these lackluster drinks I was ready to leave. I'm afraid I don't have much patience. Noelle, however, wanted to give the place another shot. So we ordered another round, and this time we didn't truck with the menu. "I want something bitter," I told the bartender. Noelle ordered something smoking and light. It was a good thing we stayed. 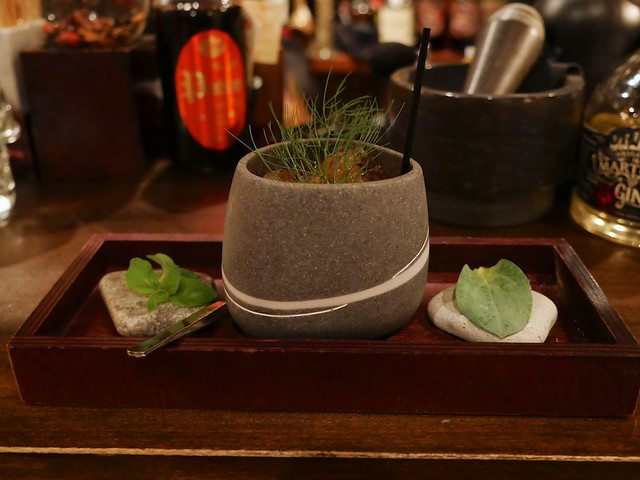 My drink, which was served in a stone cup (which I now want). It was flavored with rhubarb, and that's wild licorice that you see on top. It was intensely bitter, just a little bit sweet and tart, and was extraordinarily refreshing. It was served with two types of mint: banana mint and oyster mint. Each of them taste like their namesakes, which is a bit off-putting at first. But they really do enhance the drink. 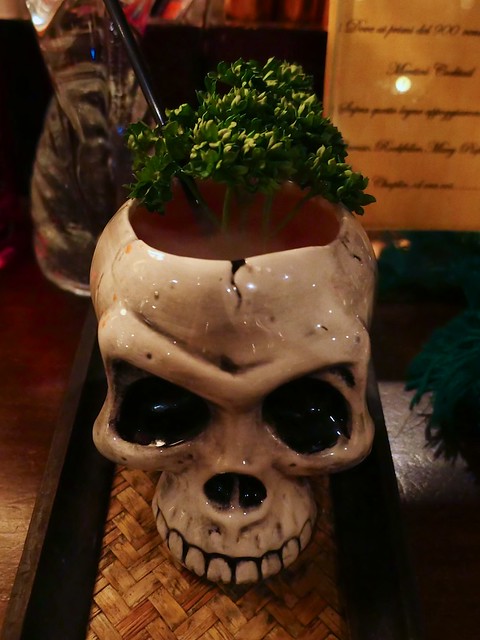 Noelle's drink, in that dope skull cup, was a wine-based cocktail chilled with dry ice. Don't worry, the dry ice is kept in a little cage so no one loses a stomach. The drink was dry as all get out, herbal (especially because that massive parsley garnish), and ice cold for the full half-hour it took Noelle to finish. 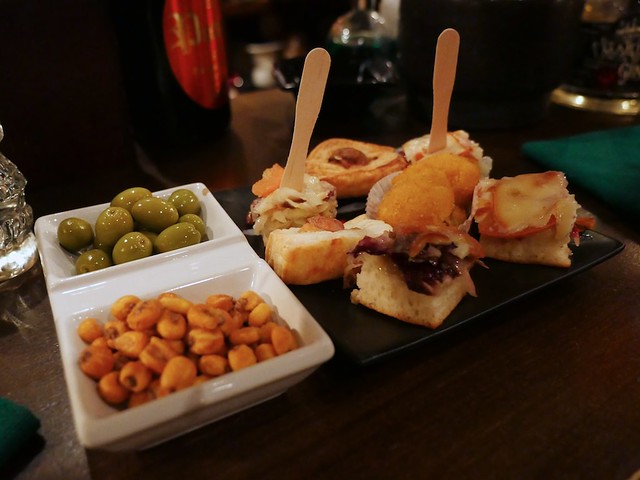 A huge perk of drinking in Italy is that all cocktail orders come with food. Free (are you listening, American bars? Now that's a heck of an idea!). Nottingham Forest's food was probably the best bar food we had. I guess it's just a variety of focaccia, but it was better than the chips most place serve!

No reservations, no proper line. Get there early and jockey for position. Drinks are about 8 euro a pop.
Posted by Josh at 3:49 PM

Good blog! This is a very informative one which you have shared here and you had used good knowledge in your blog. Keep sharing these types of information. Bartenders for Private Parties

Yes i am totally agreed with this article and i just want say that this article is very nice and very informative article.I will make sure to be reading your blog more. You made a good point but I can't help but wonder, what about the other side?Get for more information Live Music NYC